(In "Small Stones (Part I--The Lie of the Land)" I mused about accomplishments big and small, and how the shrinking nature of accomplishments can be hard to accept for those with chronic illness. I concluded by wondering if a model that measure accomplishments in terms of their apparent size might be at fault.)
Some food for thought:
The Maestro
Herbert von Karajan was "conductor for life" of the Berlin Philharmonic from 1955 until shortly before his death in 1989. In the 1960's he directed not only the Berlin, but also the Vienna State Opera, the Salzburg Festival, the London Philharmonia, and La Scala in Milan. He was an autocrat and an egotist. Legend has it that a cab driver once asked him, "Where to?" and he responded, "No matter. I'm in demand everywhere."
Under his direction, the Berlin was distinctive for its mix of lushness and precision, for its "knife-edged violins" and voluptuous warmth. After years of working together, conductor and musicians knew what to expect from one another (for good and ill). Around the time of Karajan's death I watched a laser disc recording of him conducting one of Bruckner's symphonies (I think). I don't remember the details, just that Karajan was in his late 70's and using a minimalist style of conducting. For most of the performance he leaned against a hip-high barrier behind him. Perhaps the back pain that plagued him was an issue, because he barely moved his hands at all. I don't even remember him using a baton. Eyes closed, elbows at his sides, hands relaxed in half-moons in front of his lower ribs, he marked the tempo almost imperceptibly. He offered little in the way of musical shaping--a nuance here and there. Mostly he just let the orchestra run with it. They certainly had the training and experience and sensitivity.
As the movement built toward its dramatic peak, though, in a place where a single vision was needed to pull everything together, at that critical junction of forces, Karajan raised his hands to heart level and clenched them hard into fists. Strong fists, determined and brutal. It was a powerful moment--powerful visually, powerful musically. That small gesture resonated hugely. It left me in awe, to see this controlling personality yielding control--except right where it mattered. The man who had been in demand everywhere had mastered the art of not being in demand. He wielded his power as precisely as a violin bow.
The Hound 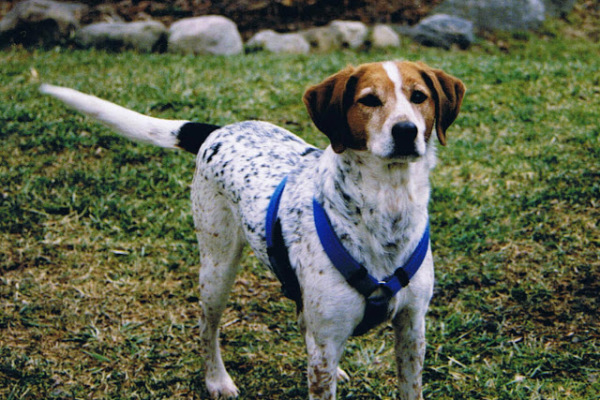 You'd have to have known Luther to understand the irony. I vividly remembered the days when he'd been a bouncy youngster. Forget wholehearted enthusiasm. He did wholebodied enthusiasm, with a wag that jiggled everything from tail to shoulders. He was all joy, that dog, and for a lot of years a lot of no-holds-barred energy. I never remember him walking if he could run.
So a long time later, when the neighbors asked whether we could walk our dogs together so their half-grown puppy could learn proper manners from him, I couldn't quite believe it. It was true, though. At fourteen Luther had developed... well, even artistic license won't let me call it dignity. But he radiated a certain aloofness from the affairs of squirrels and was choosier about his biscuits. He didn't bounce as much, and arthritis in his hips and shoulders had confined the wag to just his tail. I guess that could look like dignity to the uninformed.
I agreed to the walk a little skeptically. To my surprise, though, it worked. Luther pretended the puppy didn't exist, and the puppy followed behind Luther and mimicked his every move. We covered a few blocks like that. Then we came to a place where the dogs could be let off the leash to play, and the pecking order dissolved. Luther turned back into a youngster, all gleeful energy, running for the joy of running, tumbling with the other dog in a happy heap of fur and legs and spots.
For a while. Arthritic hips do make themselves felt.
After a few minutes, Luther was done. He disentangled himself, shook his dignity (or whatever) back into place, and returned to my side. The puppy, nowhere close to tired, darted in at Luther, nipping, bowing, bouncing, using his entire repertoire to provoke the old man into play. Luther ignored him magnificently until one of those bounces threatened a sore hip.
Then he turned his head. He looked the puppy square in the eye. He lifted his lip to show his teeth.
And that was it. No snarling, no snapping, no fuss, no noise. Just a look and a lift of the lip, and suddenly the puppy was cowering and backing away on his belly while I gaped in awe. My aging, arthritic dog, who needed help with the stairs and was frightened of houseflies, had sent a muscular, energetic puppy packing with a look and a lift of the lip. Luther had power, and he knew precisely where to put it.
The Worker
When my dad was in college, he worked summers for his stepfather, who owned an excavating company. One day Granddad asked him to be on hand to do a specific task once some preliminary work elsewhere was finished.
Dad held himself ready for a while. He waited. He watched the sun move and scuffed up dust and flicked away flies. He got about as bored as an energetic young man stuck doing (someone else's) nothing can get. Worse, he felt irresponsible--like he was milking the clock. He decided to make himself useful and wandered off to help some other men. While he was busy, his stepdad came looking for him. The task was all ready for the next step--the one Dad was supposed to help with. And Dad was nowhere to be found.
He'd expected to be praised for his initiative and his work ethic, and instead got a tongue-lashing for not being in the right place at the right time. "I didn't need you to do that other work," Granddad said. "I had other people for that. I needed you to be right where I asked you to be, even if you were just standing around doing nothing until I was ready for you."
* * *
As I say--food for thought.
To be continued in Part III--Percolation.
Mecfs
comments powered by Disqus 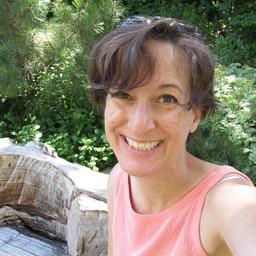